My friend Lynda invited me to visit her in Falmouth, Massachusetts, this September. We are both photographers, and she took me places where we could enjoy nature with our cameras. All but the last photograph in this post—which I took in Woods Hole—are from Falmouth and environs.

A niece of a friend found the lichens shown in #18 on the Bigelow Building at 98 Water Street, just around the corner from the Aquarium. (I had not taken the time to note the exact location.) “Bigelow,” my friend says, “was constructed in 1930, the first building erected for the Woods Hole Oceanographic Institution that was established in the same year. There are older brick buildings (and walls and gravestones) in Woods Hole but the north side of Bigelow may be particularly favorable for growth because north walls do not receive direct sunlight nor most of the prevailing winds, which would dry them out.”

1 You may think you’ve seen this photo before. I just love the look of light at the end of a tunnel and have taken many similar photographs. 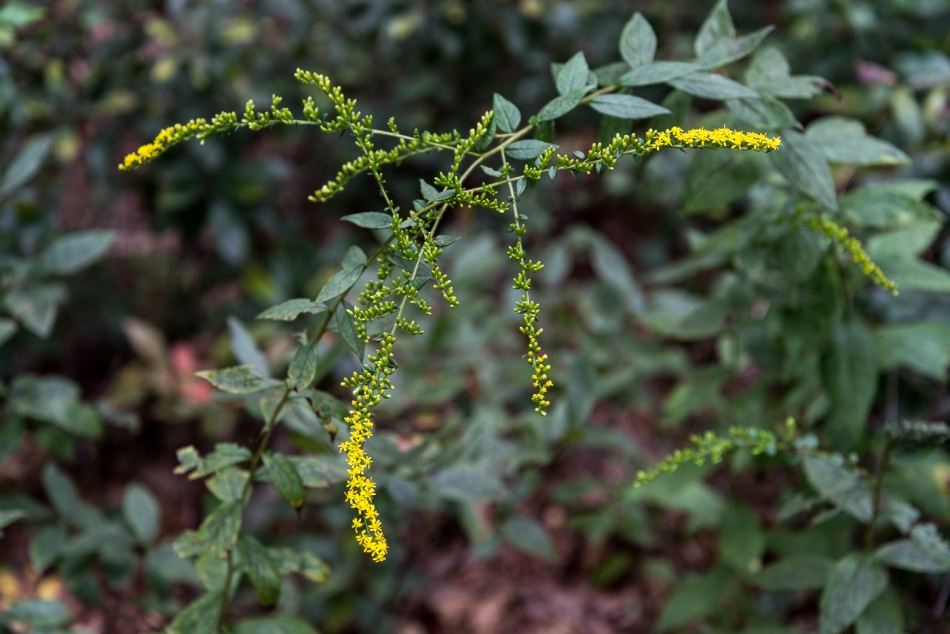 3 There are so many varieties of goldenrod. I don’t know which one this is, but it was growing in a wooded area. 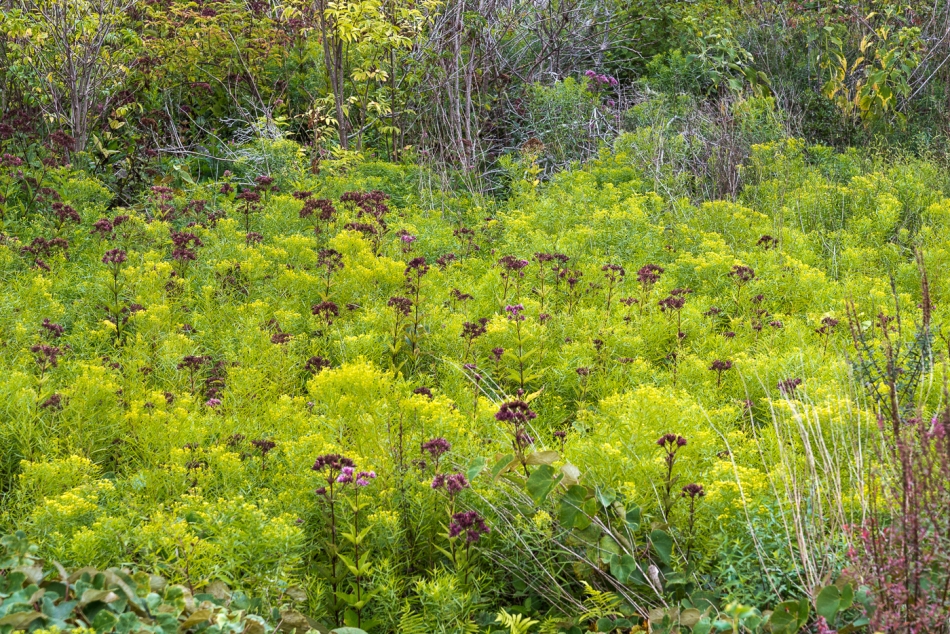 4 This is another kind of goldenrod, punctuated by iron weed. 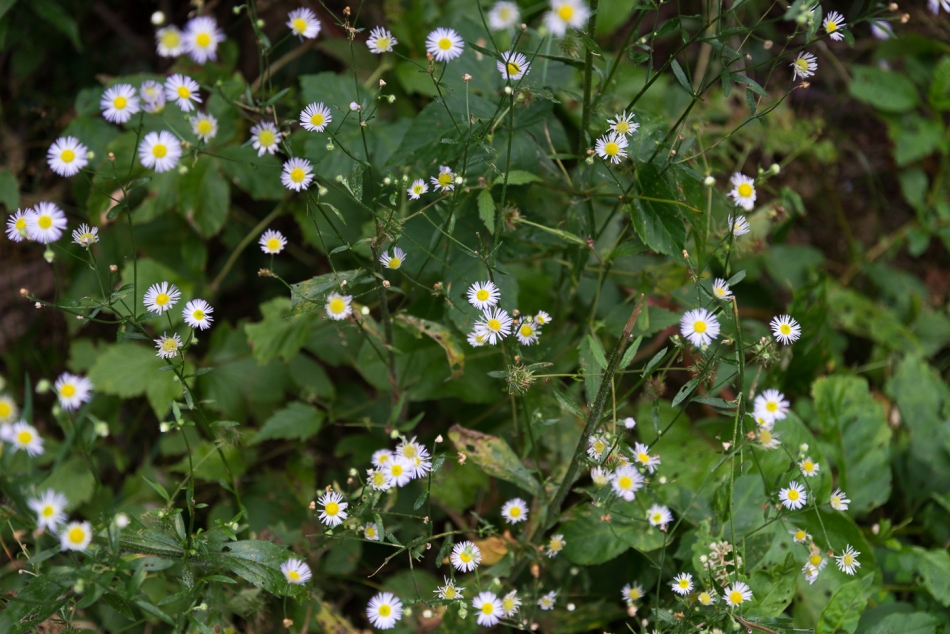 5 My resident botanist says this is a composite he’s not familiar with. He says it doesn’t grow in Ohio. (I thought it looked just like one of our Ohio wildflowers.)

6 Until I saw them growing wild on Cape Cod, I’d only ever seen porcelain berries as cultivated nursery plants. 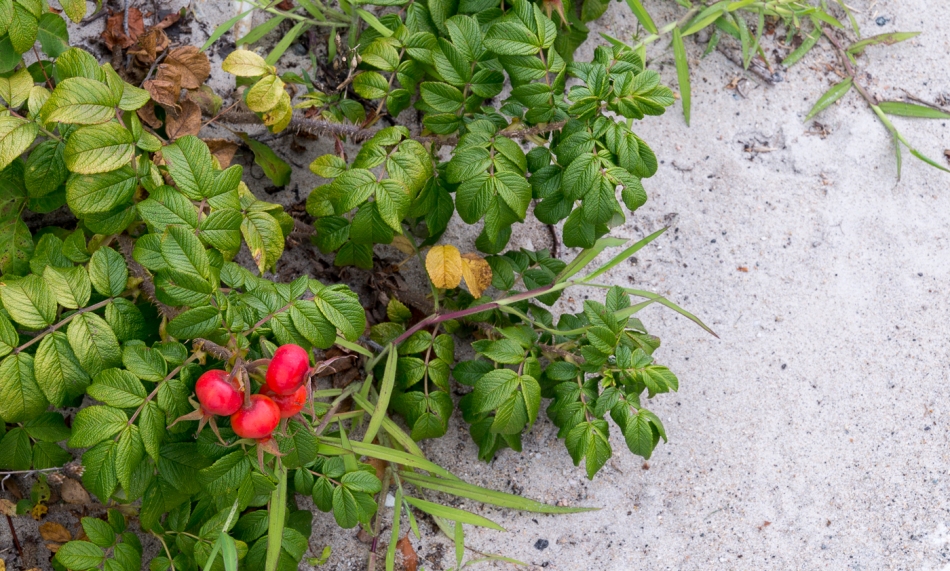 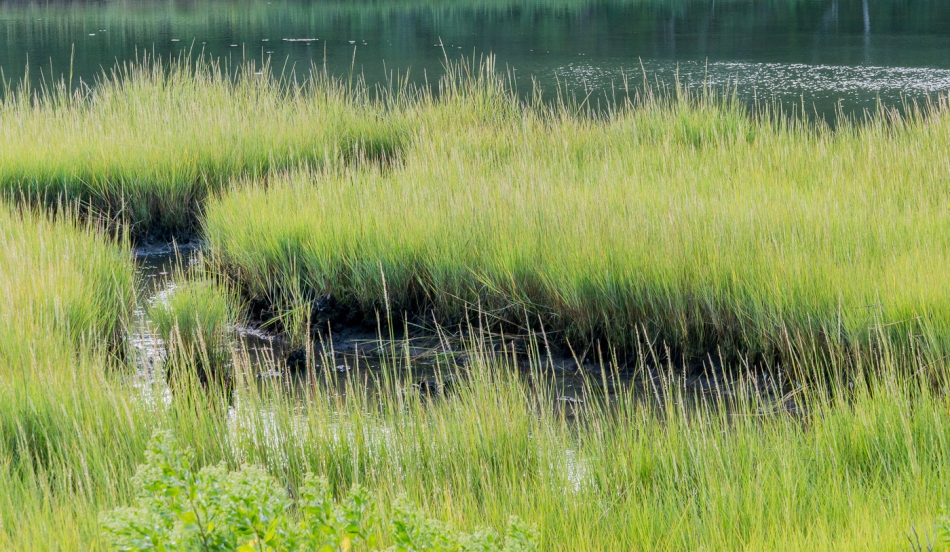 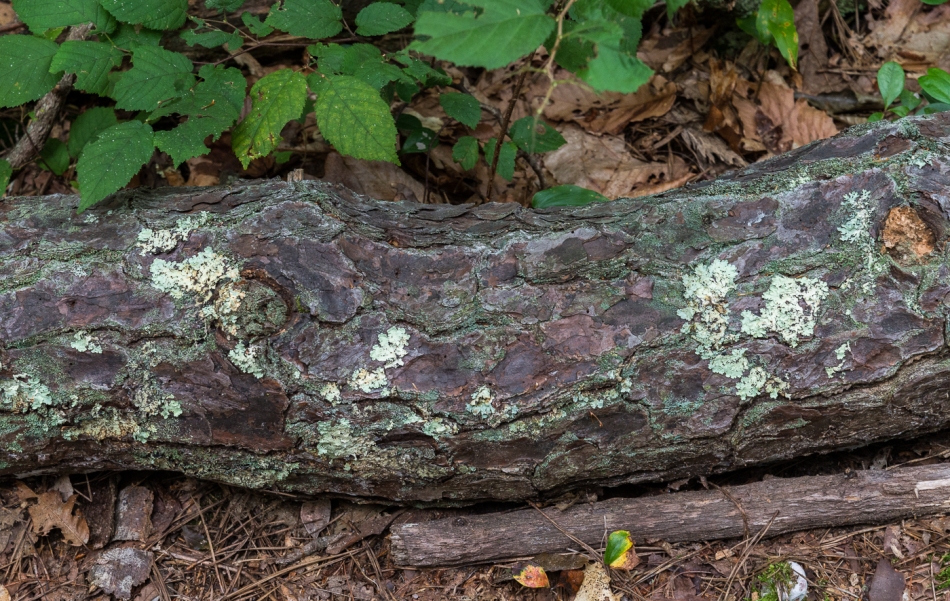 11 These rocks are remnants of an old wall. 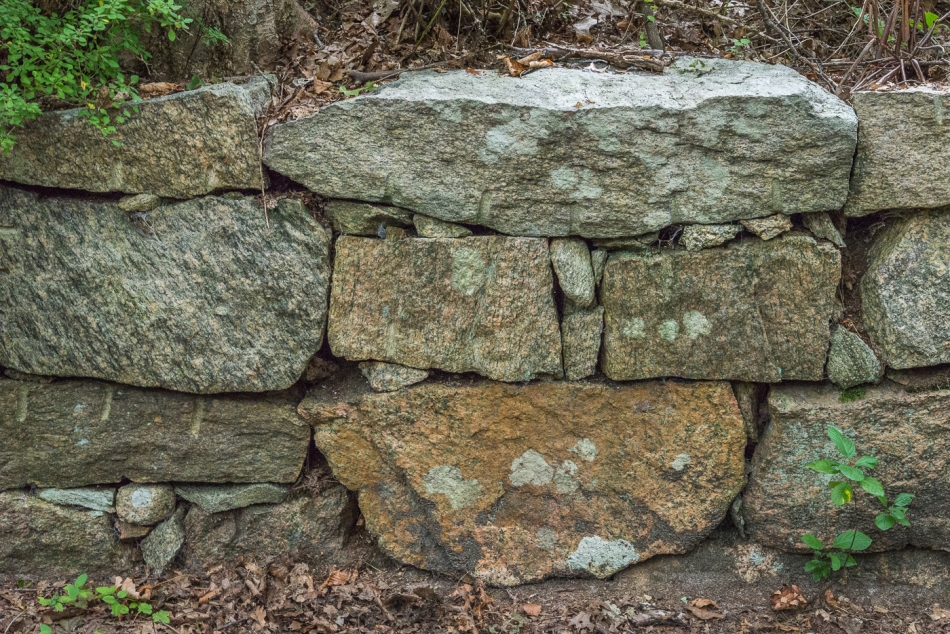 15 This and the rocks in the following photographs were beside the park trail, not part of a wall. 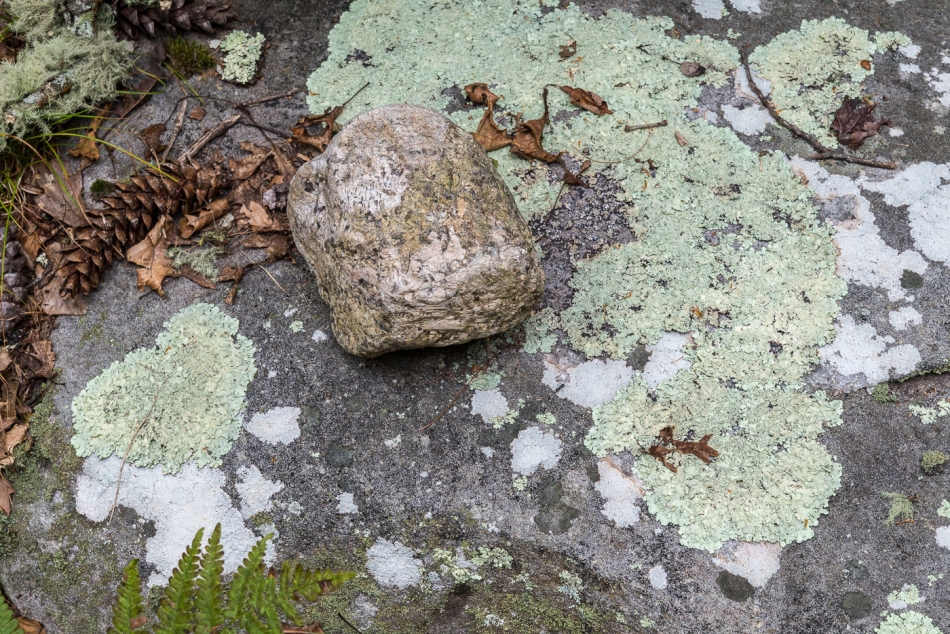 Yes I always look for Leptothrix discophora when I’m at the river (see Sunday’s post), and yes our destination was the waterfall (see Monday’s post). But along the way many other things caught my eye. Here is a sampling. You’ll notice that I have a thing for rocks.

1 I don’t know what made those yellow-ish marks on the riverbed. Maybe it’s where mudstone is showing through algae that was scuffed up by a crayfish. Except that mudstone is grey—at least all the mudstone I’ve seen is.

2 I love seeing plants growing on other plants—even on dead ones. Logs that harbor other growth are called nurse logs. Isn’t that cool?

3 Many cliffs along the Vermilion River show where the earth has been formed or deformed over the eons—layers bent or upended. The white stripes are limestone layers in the shale that hold broken stalks of crinoid fossils.

4 The shale shore fractures in such interesting shapes. You’d think this is poured cement. 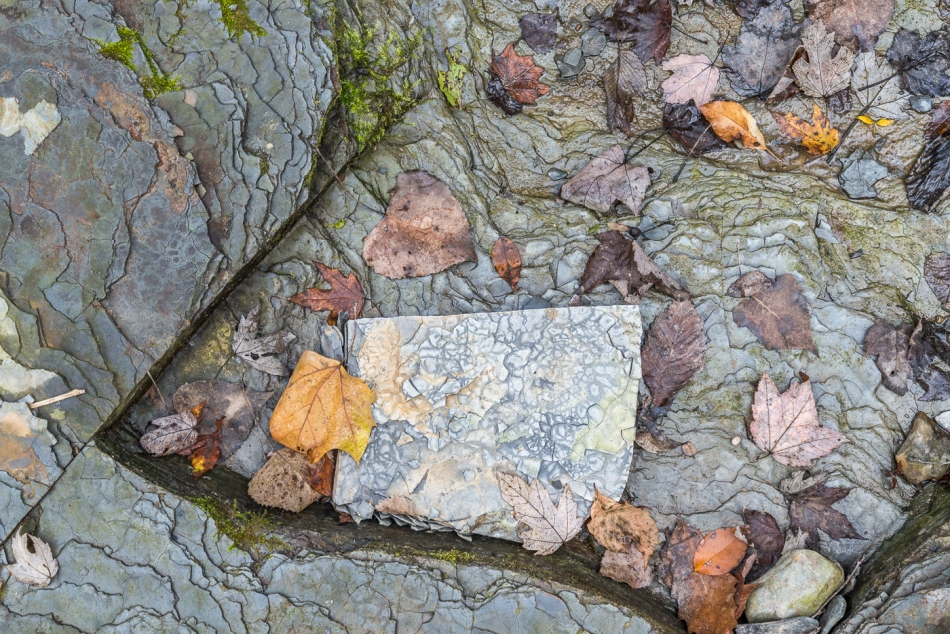 6 We have glacial erratics all over Ohio. They are especially visible in and along river beds.

7 Along one section of the river, rocks were patterned with white lichens. At least I think these are lichens.

8 This plant, bedded down in the moss covering a rock, will have a short life. But what a pretty one.

This post—a continuation of yesterday’s—is about the waterfall David and I visit when we walk downriver in northern Ohio’s Vermilion River, which we do most Septembers.

Update of November 22, 2019: In the Comments section, Steve Gingold asked if I’d thought of stitching together photographs 6 and 7. Look below photograph 7 to see how that worked. 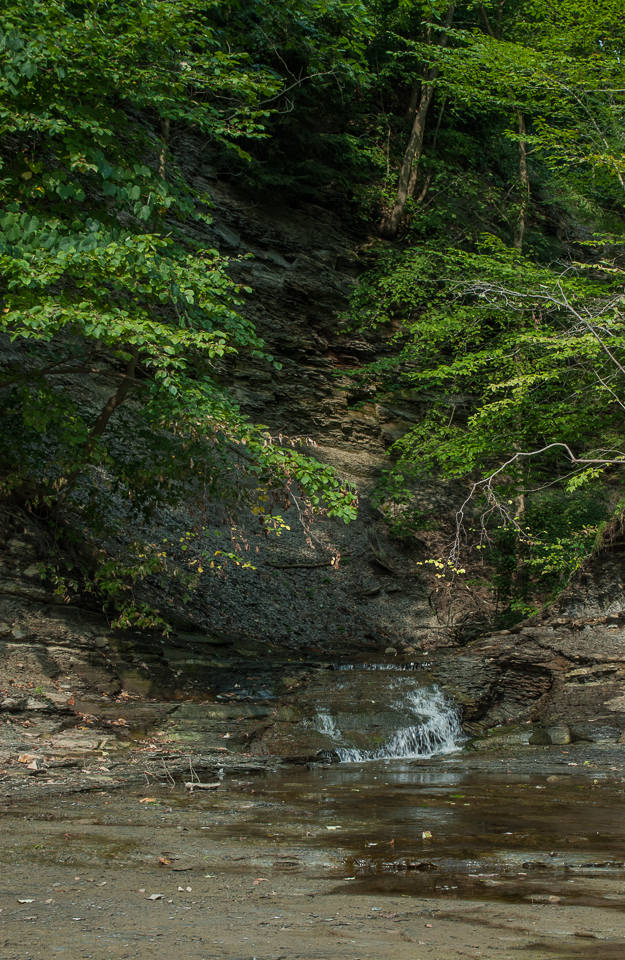 1 This photograph is from August 2006. I had heard about a waterfall not far from Schoepfle Garden that could be accessed from the river. Here is my first view of it. As pretty as this small waterfall was, I was a little disappointed. 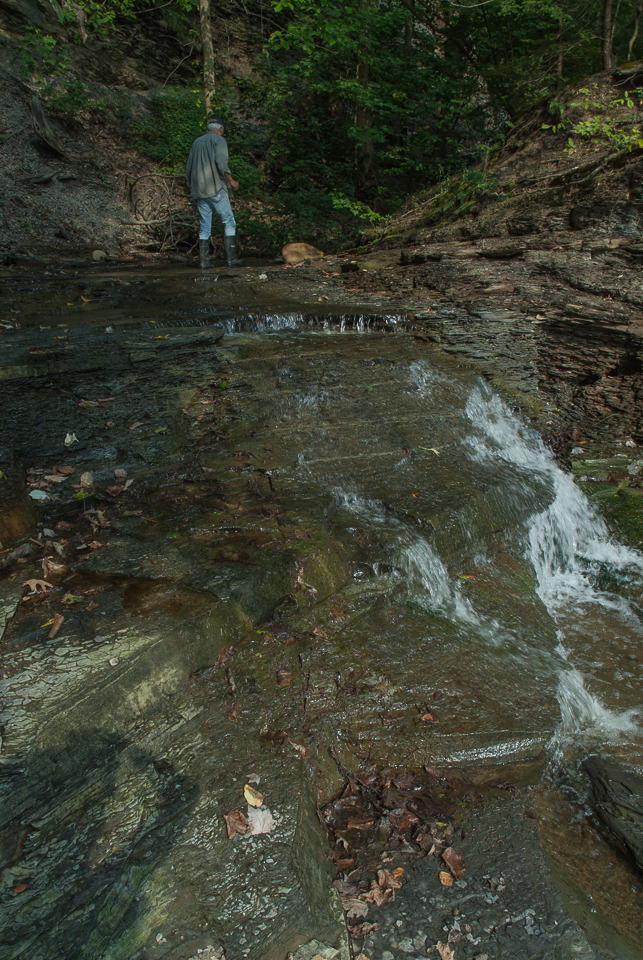 2 David thought there might be more, so he clambered up the cliff to have a look.

3 This year, when I saw the base of the cliff, I was not disappointed because I knew what was coming. 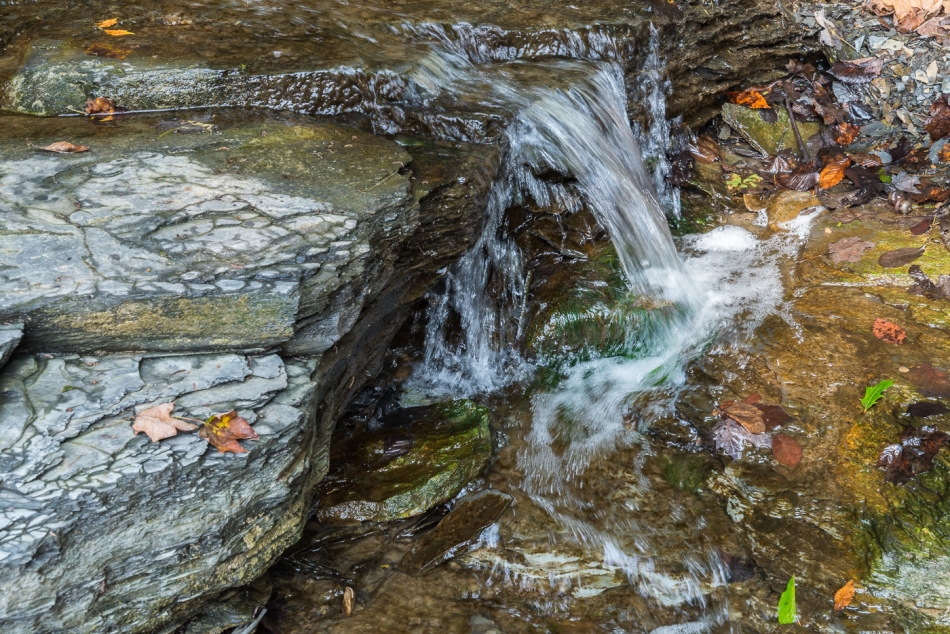 4 I could happily linger here.

5 This was our destination. From the top of the cliff to the pool, the water falls about 20 feet. It’s not spectacular as waterfalls go, but it counts as a real waterfall to me. 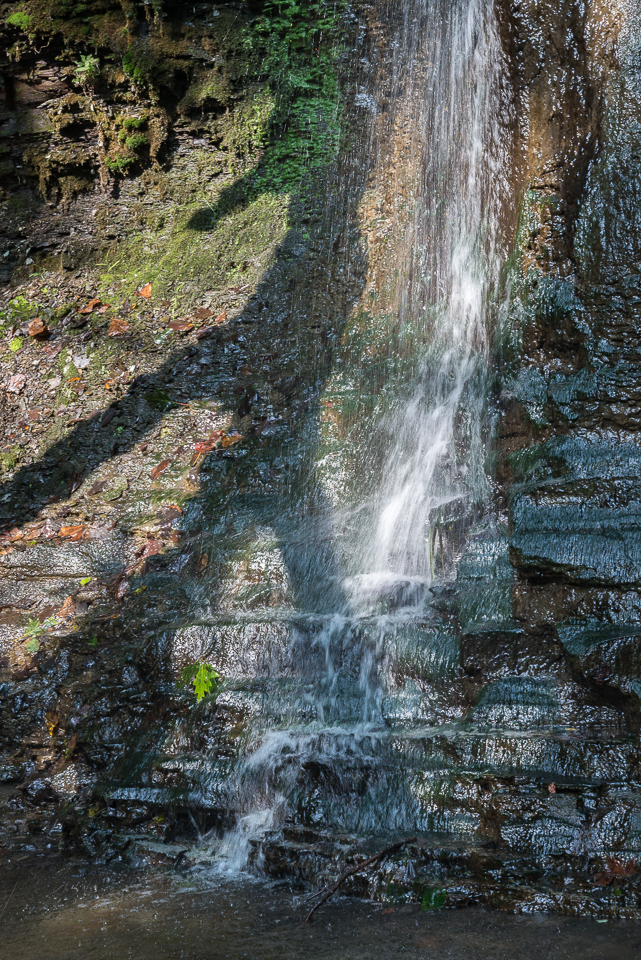 6 and 7 stitched together in Photoshop, per Steve Gingold’s suggestion. It almost works. 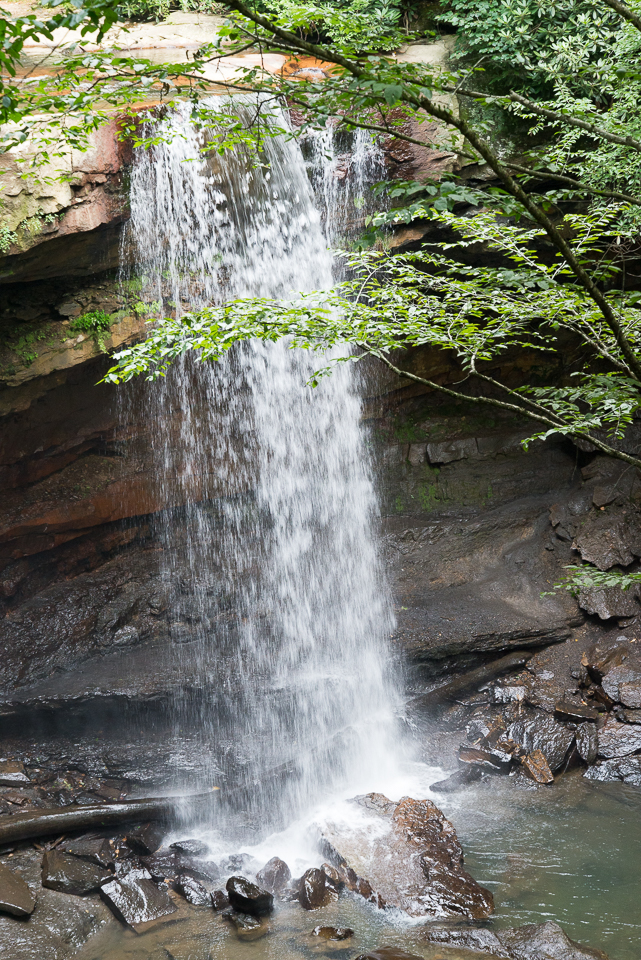 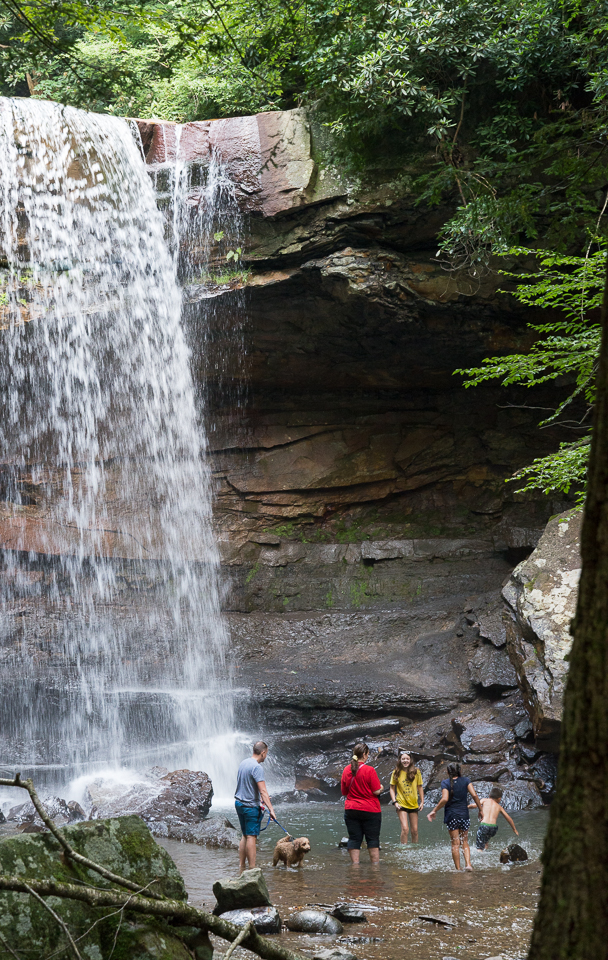 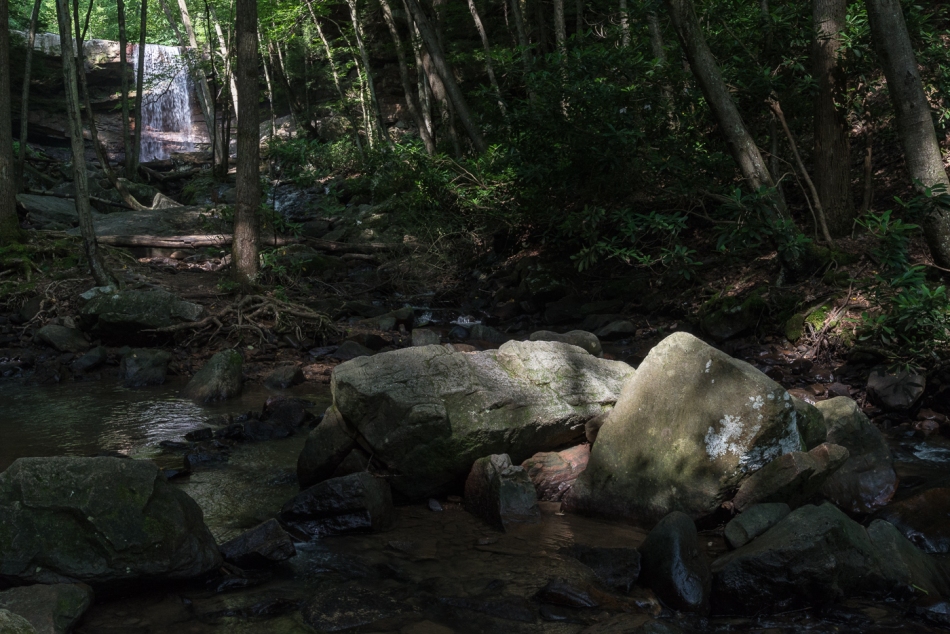 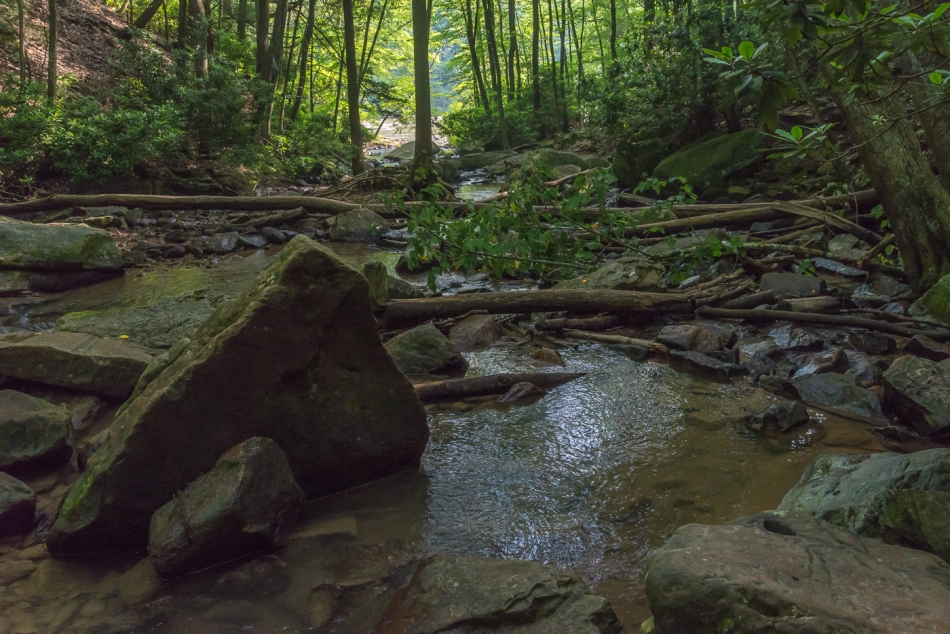 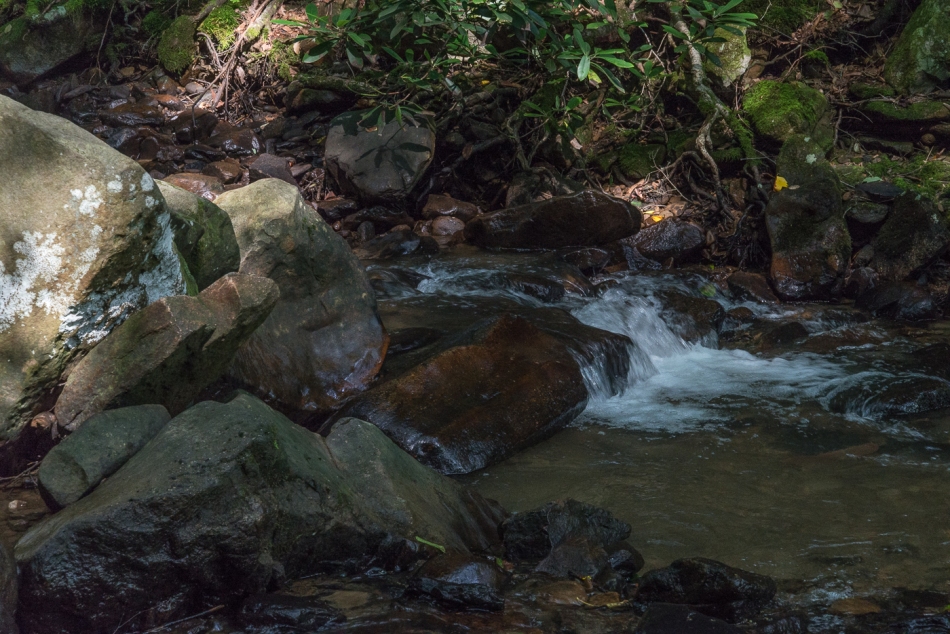 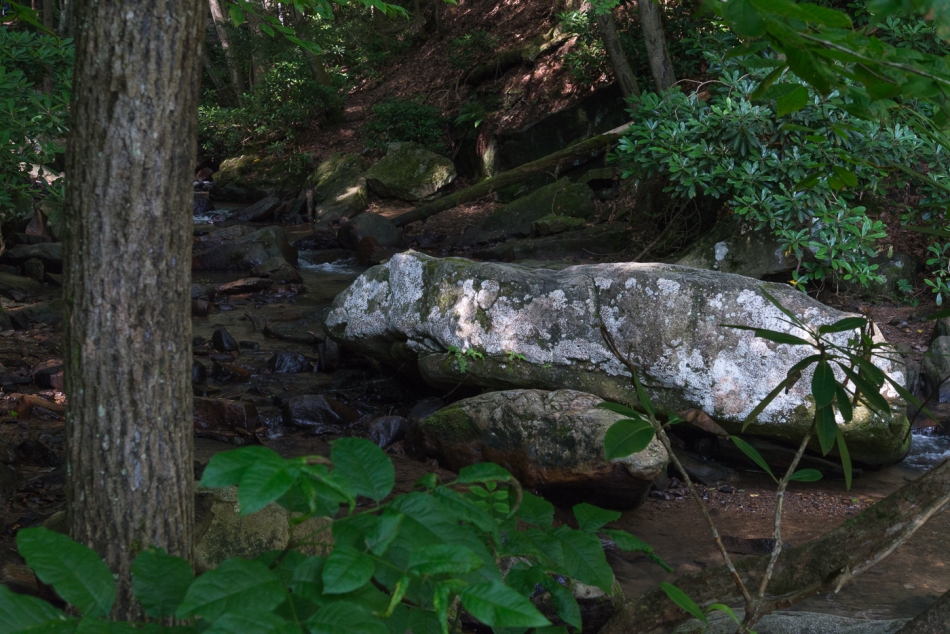 Too Much Water but Enough Shale

A week ago Sunday David and I walked downriver along the Vermilion. We’d had very little rain in Oberlin for maybe two weeks and expected the river to be low. We had forgotten that, even though the locations are only eight miles apart, weather at Schoepfle Garden—where we approach the river—and weather in Oberlin don’t always match. Alas, they must have had rain we didn’t. The river was too high, too fast, too wide, and the bedrock shale probably too slippery to walk across. I prefer the other side because it is where I always find lovely outbreaks of Leptothrix discophora films as well as interesting shale formations. On the less-interesting side we saw a little film, but nothing spectacular. Casting about for something that would warrant the rather tortuous trek along the river, I became fascinated by the shale at my feet where we usually cross over. Even there, the rock fractures along lines that look human made. I’d love to know why it does that. 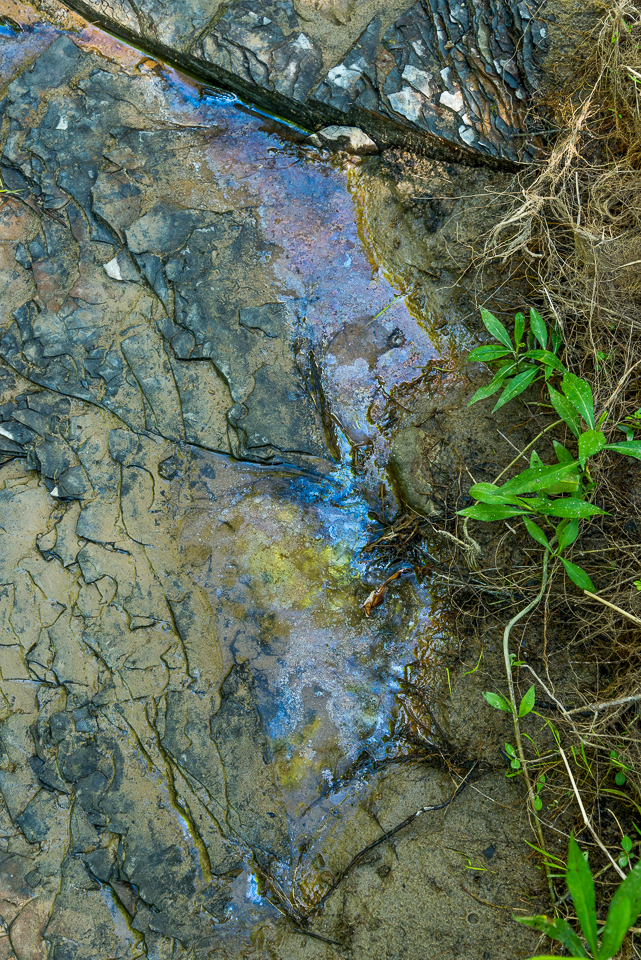 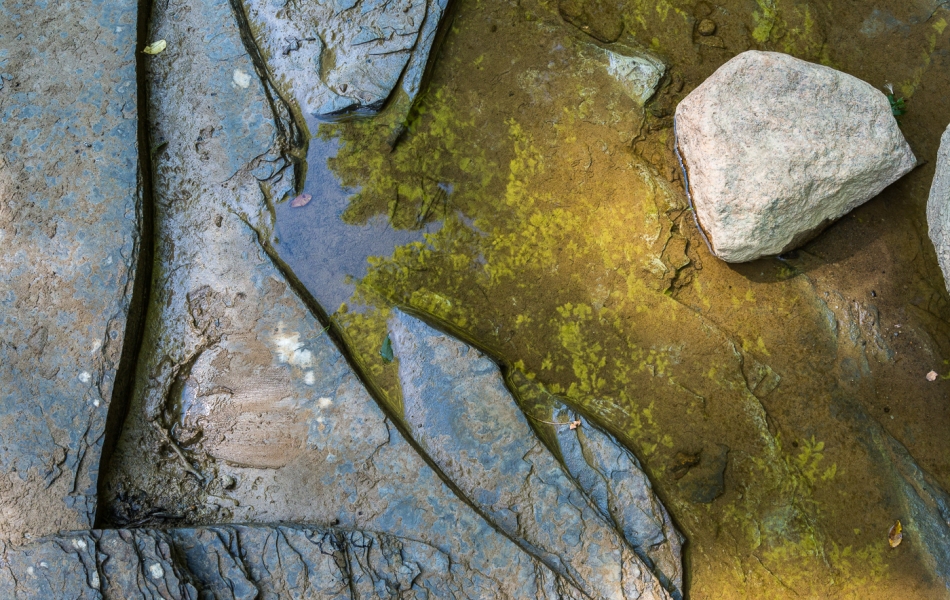 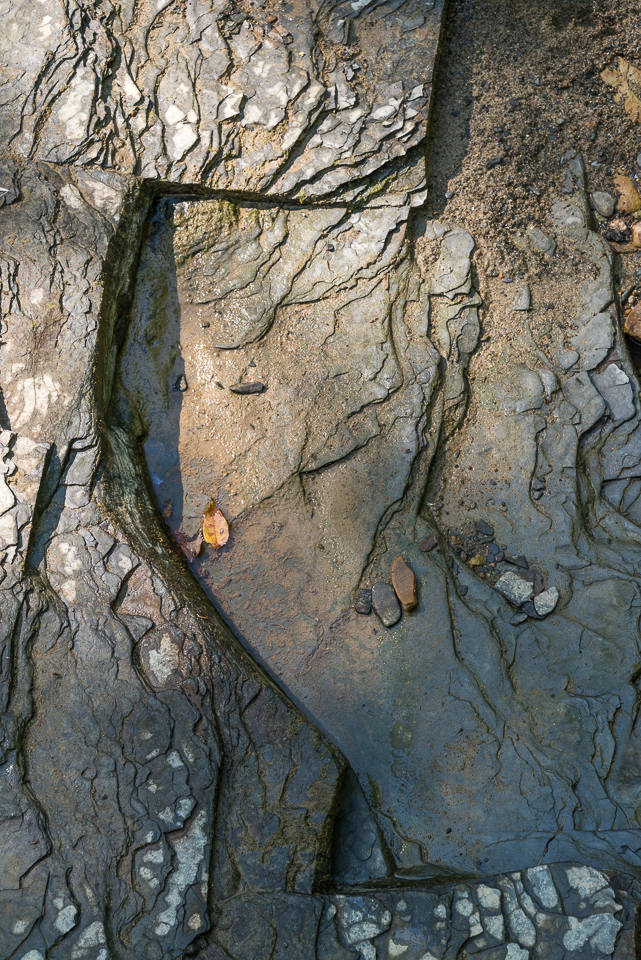 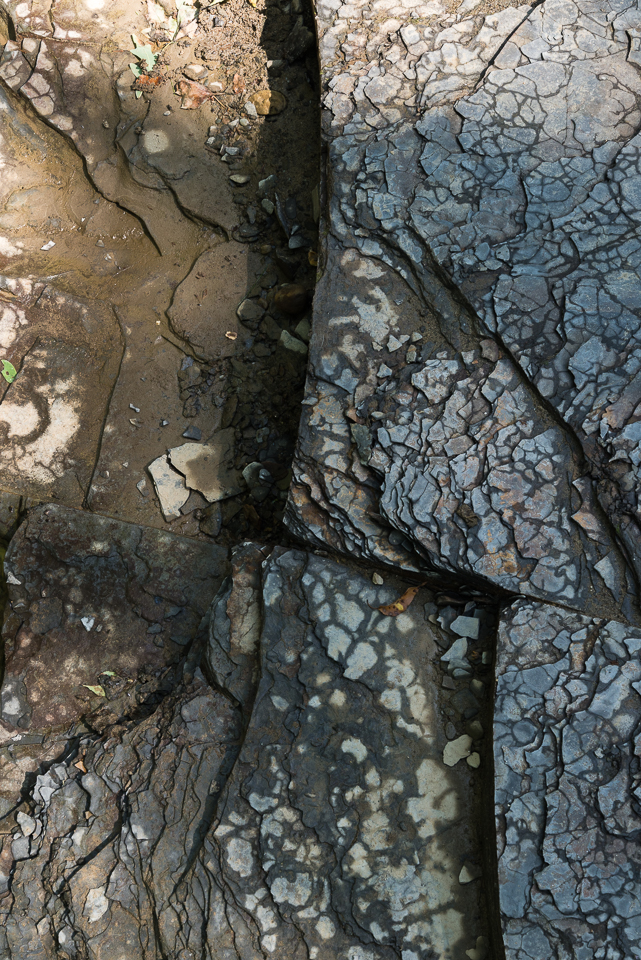 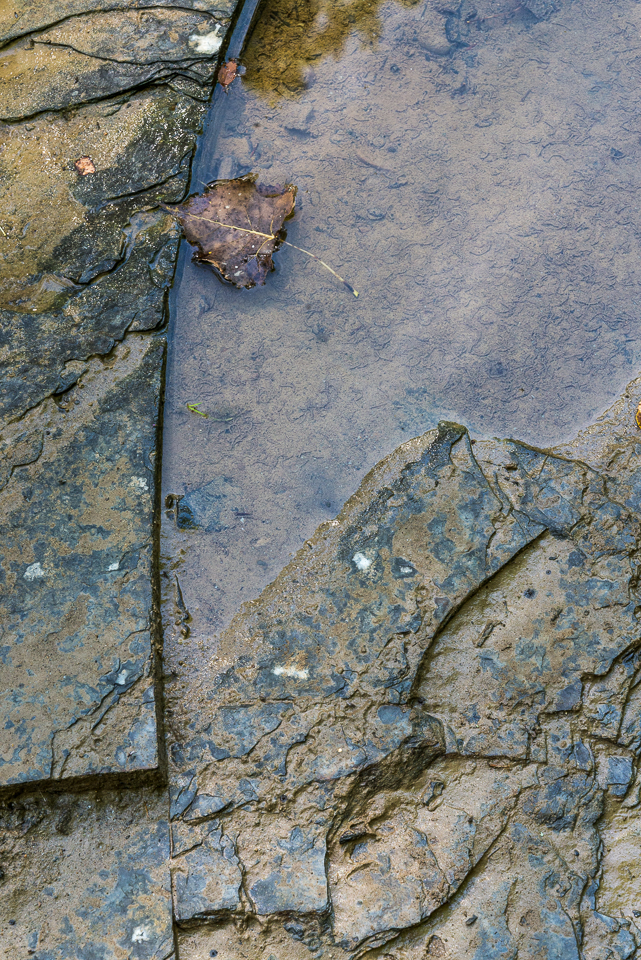 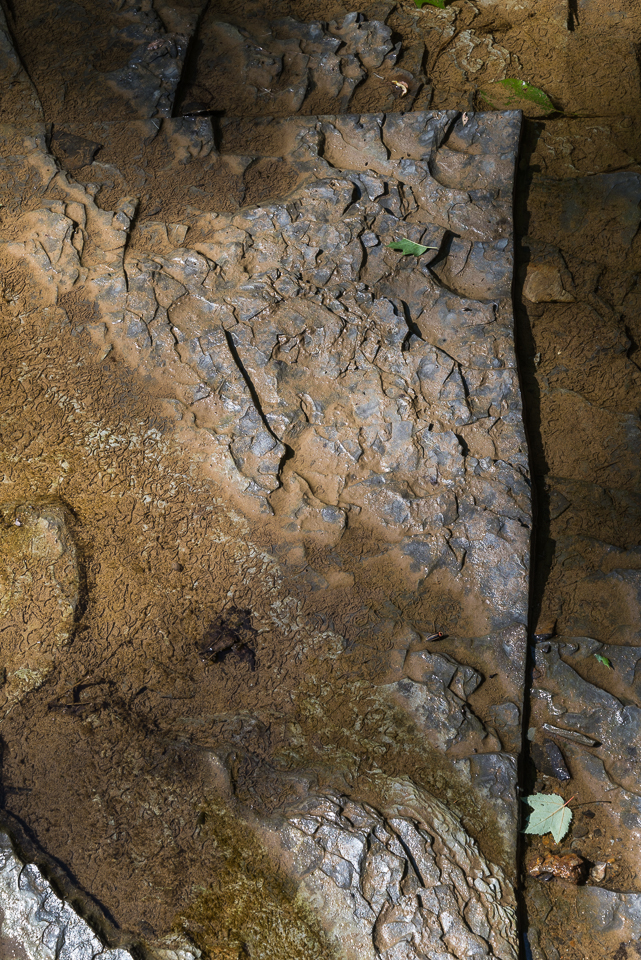 Last April I posted three photographs of a rock I see whenever I go to the Schoepfle Garden. In the Comments, Alan Goldsmith asked if I’d thought of photographing the rock from the same place every time. I confess that I’d only been trying to find the most interesting composition each time. But his comment lodged in my brain, and I have since tried to stick with the same view or two when I visit. So here are two photographs I took of the rock Saturday. Following those are some photos I’d taken of the rock from the same vantage points on June 2 and July 14, 2018.

Shortly after posting photos of this rock last April, I named the rock Table Rock. Now I can keyword this specific rock in Lightroom and call up its photos easily. But there’s another advantage in naming features in the landscape. For me, attaching words increases the intimacy I feel with the named thing. I can’t say why this is so. Perhaps some of you have some relevant ideas. 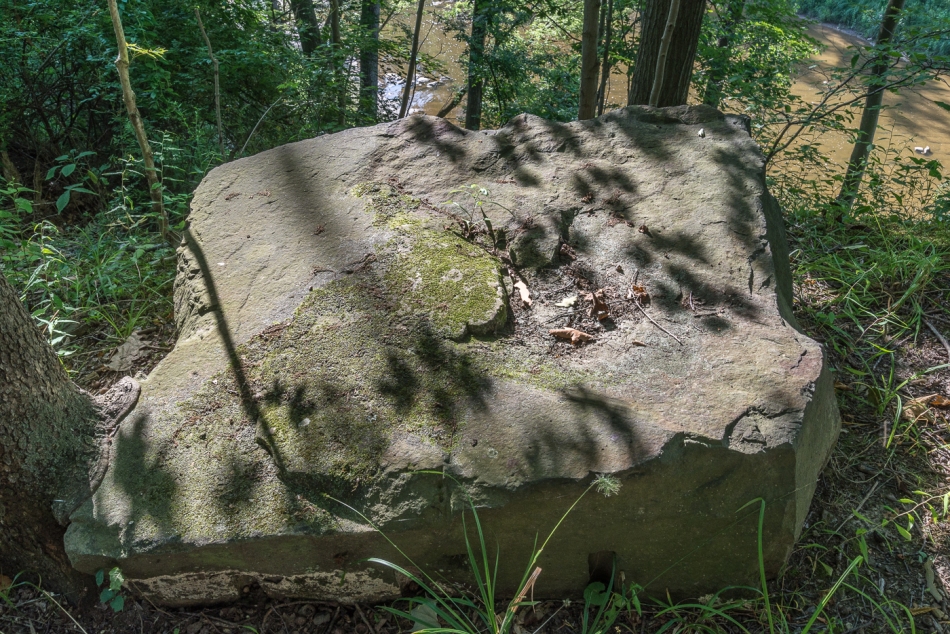 Almost Across the River

When I had almost reached the other shore of the Vermilion River (see yesterday’s post), I looked up and saw some day lilies where I didn’t expect to see them. Along the sides of plowed fields in the country, and in people’s gardens, yes, but not in the woods.

If you read yesterday’s post, you know that I have been searching for a term to describe light that has bounced off a surface (in my experience, the surfaces have been windows) and landed elsewhere. In a comment on yesterday’s post, Nannus encouraged me like this: “Just invent one! Language is not fixed and all the words we are using have been coined by somebody at some time.” So I did. I thought. The term I came up with was “ricochet light.” Then I Googled to see if that term might actually mean something else. To my surprise and delight, I found a photographer named Todd Laffler who uses that term to mean exactly what I mean by it. He has some great examples. What fun.

Back to the Garden 3

I tagged this photograph with “lichen,” but I’m not really certain that the white marks on the large rock are lichens. What else could they be? Fossils in the stone?

Later in the Day

Scientist-husband David suggests “mineralized inclusions in the rock. Could be of biological or abiotic origin from what little I can see.”

We now have two more opinions favoring the lichen theory: One is from my husband’s colleague in the Oberlin College Department of Biology, and one is from Art Murphy, who usually knows a fossil when he sees one. (See Art and Fossils.)

Sunstruck along the Youghiogheny River

Rocks along the Youghiogheny 11

Rocks along the Youghiogheny 10 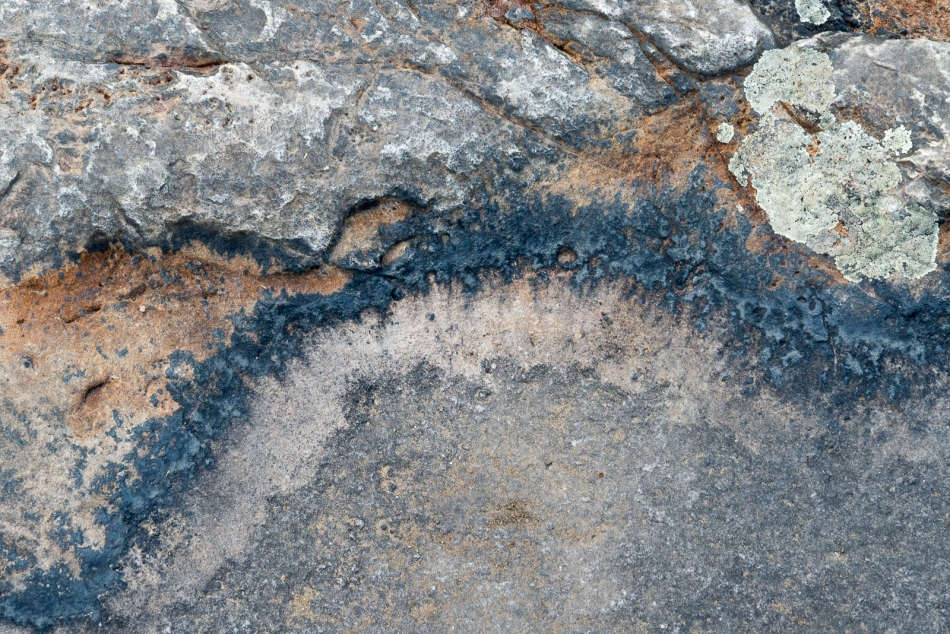 Rocks along the Youghiogheny 9

Rocks along the Youghiogheny 8 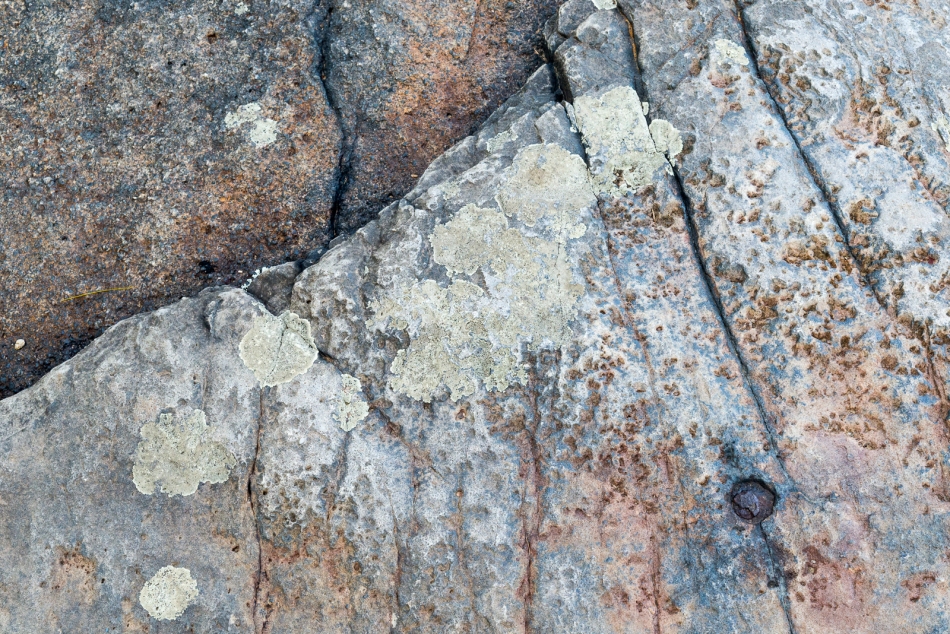 Rocks along the Youghiogheny 7

Rocks along the Youghiogheny 6 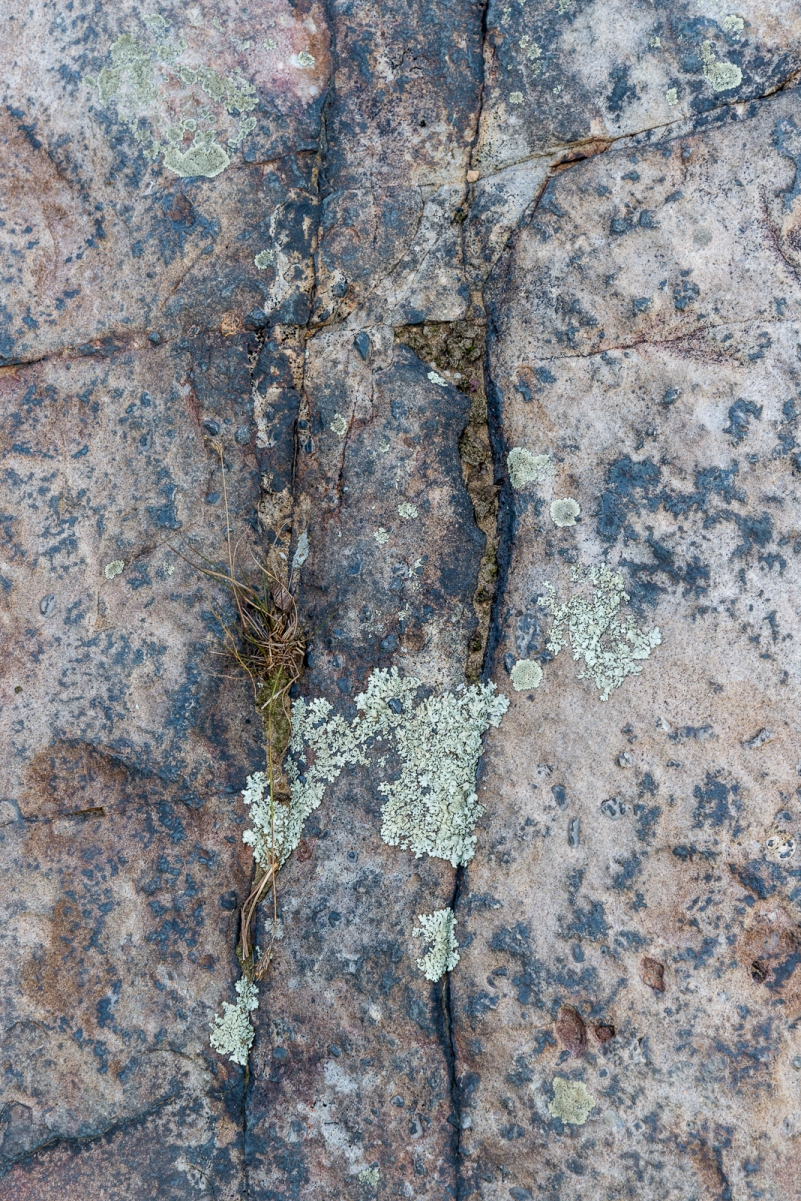 Rocks along the Youghiogheny 5

Rocks along the Youghiogheny 4

Rocks along the Youghiogheny 3

Rocks along the Youghiogheny 2

Rocks along the Youghiogheny 1 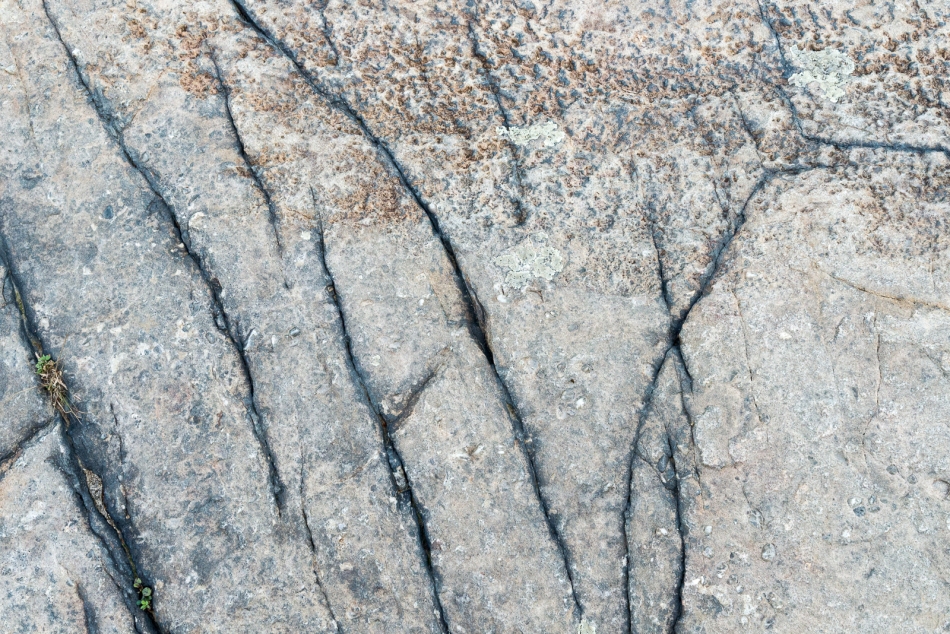 Fall Reflections in the Vermilion River 11

Fall Reflections in the Vermilion River 10

Fall Reflections in the Vermilion River 9

Fall Reflections in the Vermilion River 8